Exclusive: You Need To Know About Crotillas 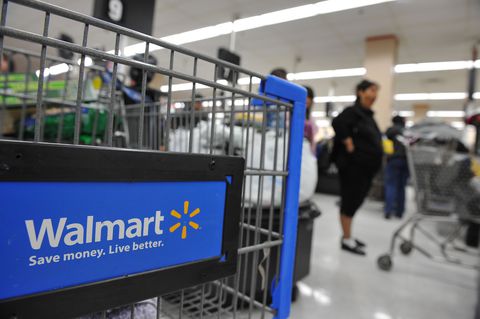 Anyone who’s ever shopped at Walmart or Target knows you go in for toothpaste or a Patti LaBelle pie — and stroll out with an overflowing shopping cart. It makes sense, then, that the brands are continually releasing new products (and seasonal exclusives) to make you want — nay, need — to swing by the store to try the latest batch of cheesecake M&Ms or Firework Oreos.

This time, though, Walmart’s introducing a whole new snack in its bakery section — and it’s the kind of mash-up only the Great Cronut Obsession of 2013 could have inspired. It’s called a Crotilla (pronounced Crow-tee-ah), and it’s a combination between a croissant and a tortilla. Which means it looks a lot like naan or a pita — only flakier and butterier, according to its description.

While Walmart doesn’t cite Dominique Ansel’s creation as inspiration, a representative for the brand said the snack was dreamed up when the bakery team wanted a better alternative for croissants as sandwiches. They loved the pillowy texture; hated the way the pastry collapsed and fell apart when you cut it horizontally.

On Monday, April 17, about 800 Walmart stores nationwide will start selling Crotillas. Each 8-pack will set you back $3.98, and while it’s too soon to say whether the name will catch on,”Napoleon, make yourself a dang Crotilla!” does have a certain ring to it.

It’ll be interesting to see how people use it: As next-level chicken salad wraps, extra-decadent breakfast tacos (or totcos!), or even torn, dipped and baked into a chocolate crotilla bread pudding. And don’t even get us started on the epically flaky cheater’s “crepe” cake you could make with it.