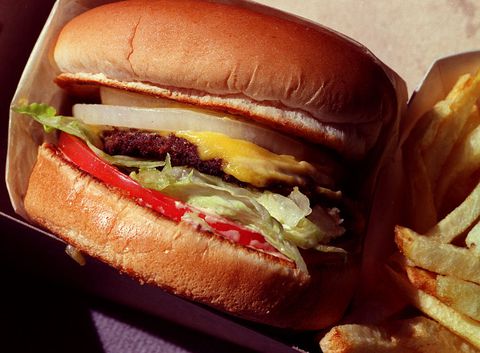 No one loves their jobs quite as much as the employees at In-N-Out do. In fact, when it comes to employee satisfaction, the West coast-based fast food joint managed to outrank Google as one of the best companies to work for in America.

Thank you for supporting 69 years of us doing things the old-fashioned way: fresh

Glassdoor released its list of the Best Places to Work in 2018, and In-N-Out came in at number four, just above Google who ranked fifth. The company has a 4.3 rating out of 5 on the website based on 978 reviews, and is the only restaurant to be featured in the list’s top 50. Of all the reviews on In-N-Out’s Glassdoor profile, 92% of current and former employees would recommend the company to a friend while 97% approve of the brand’s CEO, Lynsi Snyder. Snyder found herself on last year’s list of the highest rated CEOs at number 36.

This is a pretty big jump for In-N-Out, as the company came in at No. 7 on last year’s list and No. 13 the year before that. Most employees that left reviews seem to agree that the hours spent working at the restaurant are pretty flexible, and that the work environment is positive overall. One of the most recent reviews from a current employee reads, “You get to work with amazing people and you have great opportunities to advance both in store and corporate. They offer great training and have a great support structure.”

In addition to Google, In-N-Out also beat out other companies such as lululemon (No. 6), Delta Airlines (No. 17), and LinkedIn (No. 21). Other restaurants/food companies on the list include Wegmans Food Markets (No. 49), Trader Joe’s (No. 70), and Chick-fil-A (No. 72). You can head over to Glassdoor to see the rest of the rankings.