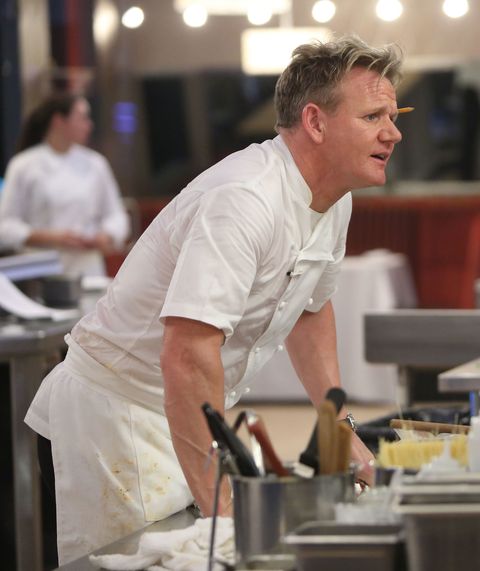 When Gordon Ramsay agreed to participate in a hilarious skit for the Late Late Show apart from host James Corden and CBS’s Julie Chen in 2015, he probably had no idea that one moment from the clip in particular — when he put Chen’s head in between two slices of bread and basically forced her to call herself an idiot sandwich out loud — would instantly become one of the most popular memes ever. And he certainly couldn’t have thought that the moment would inspire a Halloween costume. But it did, and it was amazing.

To give you a little context, Ramsay appeared on the show two years ago when he sent Corden and Chen to participate in a faux reality cooking competition called Hell’s Cafeteria. The two-minute clip of the fake episode sees both television show hosts battling it out in a kitchen, all while being ruthlessly berated by Chef Ramsay himself. And that’s where the aforementioned moment came from.