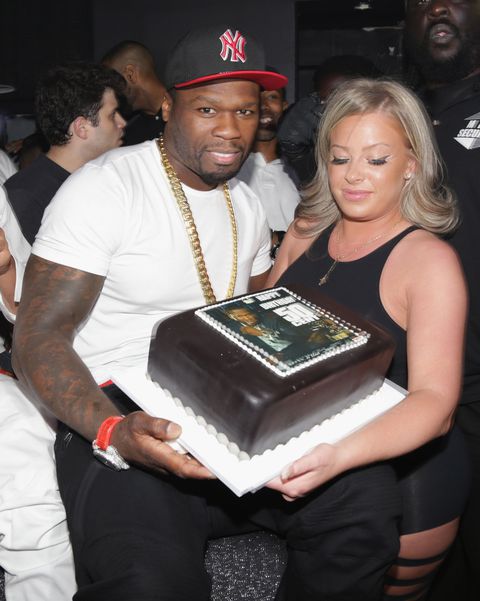 Rapper Curtis Jackson, AKA 50 Cent–AKA self-proclaimed man who loves women “like a fat kid loves cake”–just had one serious birthday cake fail. One that anyone born in the summertime can relate to. Just look:

The ice cream cake must have spent a little too long outside of the freezer, melting into quasi-puddle status and making the birthday message nearly unreadable. Fitty, who turned 40 on July 6, took it in stride, captioning the photo: “This is how the cake look in the hood. So what they love me, at least I got cake.”

Grandpa Jackson, however, was none too pleased with the final product:

“What sh*t is this?” Jackson’s grandfather, 82, asks, as he scoops up a spoonful of chocolate puddle from the plate. “It melted,” someone answers off-camera.

At least Jackson’s birthday cake from the previous night, shaped like the Effen Vodka he invests in, turned out on point, as did the ganache-topped wonder he was presented at his July 2nd birthday party at Orbit in New York (shown above). Two for three isn’t so bad, right?